Credit cards have nowadays insinuated themselves into all corners of our lives. Today, it is rare for an adult these days to not carry at least one card. A credit card is traditionally to buy goods or services in person. But they are also now used online, over the telephone, for writing checks, and even for withdrawing money from cash machines. People use them in all sorts of ways – to borrowing, as a convenient payment method, and even earning money through cashback or reward schemes. Despite their ubiquity in modern life, the history of credit cards is short. The first general-purpose credit card started less than fifty years ago. In this article, we’ll look at the origins of credit cards and then at how they’ve developed over the years, emphasizing the United Kingdom market.

A Brief History of Credit Cards

Diners Club launched the first credit card in 1951 and was limited to twenty-seven New York restaurants. It wasn’t a huge success initially, with only 200 cards at the beginning. The real story of credit cards began in 1958 with the introduction of two major new products. The first was the American Express charge card, which boasted over a million users within five years of it being launched.
The other innovation was the first example of what we now recognize as a credit card. The Bank Americard, a general-purpose card developed by Joseph Williams while working at the Bank of America. Over time, this card was to develop into the Visa company that we know today. Eight years after introducing this card, fourteen U.S. banks formed an alliance to launch a rival to the Bank Americard. This rival is Interlink, which was to evolve into the Mastercard payment processor by 1979.
Barclays Bank launched the first U.K. general card in 1967. Barclaycard is still one of the most popular and widespread cards forty years later. In 1972, four other U.K. banks joined forces to launch the Access card in competition with Barclays. For the next decade or so this remained the status quo.
During the 1980s, the credit card industry began consolidating behind the two big processors. Both had evolved into their current form by this time, Visa and Mastercard. Banks dropped their own processing facilities. So they began to issue cards that could be useful at any outlet that supported these two main payment processors. This move led to the great expansion in card use, as they could now be easily used almost anywhere in the world. 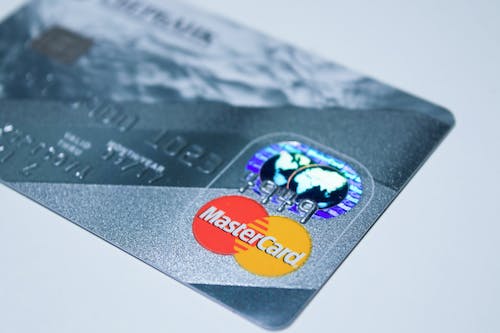 The next major change to the industry was the revolutionizing technology of the internet. This allows purely online cards such as Egg in the U.K. to offer attractive benefits to the cardholder at low cost to the issuers. Competition between lenders quickly heated up. So, features such as balance transfer offer began to appear.

Balance transfer deals allowed cardholders to move their debt from card to card. This is to avoid paying any interest on it almost indefinitely, or so it seemed. Unfortunately, this ruse of ‘credit card surfing’ couldn’t last as it was costing the credit industry billions every year. So, a balance transfer fee was imposed, which made it much less attractive to cardholders.

The last major change in the credit card industry has been the introduction of Chip and PIN technology. But, it has cut card fraud substantially by requiring payments to be approved via entering a code number rather than relying on a signature. The technology began to be rolled out in the U.K. in 2004 and is now fully used across the country.
What’s next for credit cards? Only the issuers know, but with record levels of debt, many people are reluctant to apply for new cards. So we’re likely to see more attractive features becoming available to new applicants. Credit companies compete for the shrinking amount of business available. But the history of credit cards has surely given us a lot of information.